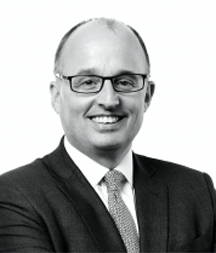 Duncan is the Chief Executive Officer of Ascential Plc where he has led the turnaround and growth of what was Top Right Group (formerly known as EMAP) resulting in a London Stock Market listing in January 2016. Before Ascential, Duncan was an Executive at BskyB, where he supported their growth objectives to ten million customers. Prior to that, he was Global Product Leader at Experian plc, Founder and Chief Executive Officer of consumer intelligence company ClarityBlue, which was acquired by Experian in 2006, and European Systems Integration Director for Hitachi Data Systems.

We first met Duncan in 2007 when he was at Experian as part of a board facilitation exercise we had been engaged to deliver. The opportunities he has entrusted us with since have materially expanded and improved our competencies and capabilities. He is also a Non-Executive Director of ITV Plc.