How many times have you prepared for a meeting, an away day, or a conference, and pored over your agenda to create an interesting, thought provoking and upbeat session, whilst studiously ignoring the elephant in the room? Elephants come in many different shapes and sizes. Uncertainty about jobs, roles, departments, entire businesses. Falling share prices, financial meltdowns, media rumours and speculation, looming deadlines, difficult decisions, falling sales, recalled products, reputational disasters, resignations, redundancies, pay freezes, bonus cuts… we could go on but you get the picture. There is not just one elephant out there but herds of them.

So how come we manage to pretend they are not there? Well I guess an elephant is pretty troublesome to deal with, right? And anyway, ignore it for long enough and it should hopefully lumber off in another direction never to be seen again, leaving you to get on with an event which runs exactly as you’ve planned it, wowing your audience with your insight and inspiring them onto better, brighter and bigger things. Don’t delude yourself! Whilst you hold forth, everyone else in the room will be waiting for you to acknowledge there’s something rather large grey, restless and slightly scary that really needs some attention, your attention. As soon as they realise you’ve wimped out (because lets be honest, you have to be a bit brave to send an elephant packing), they don’t listen to a word you are saying. Your wisdom and insight is completely lost on them. They sit there itching for you to get round to Q&A, because of course there is Q&A isn’t there? Right where you planned it, squeezed into the last 10 minutes at the end of the day, and ready to be sacrificed for an overrun!

So, they all wait for the last 10 minutes, which frankly can’t come quickly enough for them. Never mind your superb slides, your amazing anecdotes, your fabulous facts and figures… they cant hear a word of it, they are far too distracted composing those killer questions and accusatory statements, all the while getting more annoyed and irritated that you are running an event which appears to be giving you a great deal of satisfaction but does absolutely nothing to address their issues and concerns. Given the opportunities that abound for elephants to appear, it’s highly likely that at some point in your life, you are going to find at least one elephant in your room. So, how are you going to deal with it? There is only one way – you face it head on and bravely ask it to dance. Yep, we know that it’s kind of counter intuitive when every fibre of your being wants to run as fast as possible in the other direction but trust us we’ve done it and lived to tell the tale.

Here are our survival tips:

Prepare to be uncomfortable You don’t know exactly how this is going to go which doesn’t make for the most comfortable of experiences, but you can prepare for it. Run what you think is the worst scenario in your head and then run the best. The likelihood is that the actuality will be somewhere in-between. Rehearsing it mentally will give you confidence to then…

Put the elephant first up on the agenda It doesn’t matter that it tramples over the day you had planned. It’s not really your day. It really belongs to the 10/50/200 people in front of you. Acknowledge the elephant is there, and in acknowledging it is there, you’ll have already avoided the worst scenario (see above), as your audience will give you some credit at least, for making the first move.

Ask your audience what the elephants are You think you know, you probably do but don’t be so arrogant to assume you are completely correct. Ask the people in front of you. Maybe there is more than one elephant or maybe it’s not as big as you feared? Get the facts and in doing so allow your audience that thing they are so utterly desperate to do – get it off their chests.

Have a meaningful two-way conversation Listen and discuss. Don’t preach, over talk, cut down to size, show your irritation or succumb to any other temptation. Engage them in a conversation about the issues that are there, a proper honest grown up two-way discussion.

Don’t worry that you don’t have all or even any of the answers If you did it wouldn’t be an elephant, it would have been dealt with long before now. When you don’t know answers to the questions that are asked, say you don’t know. However, your audience will be thirsty to know what you think, so, if you can slake the thirst without compromising yourself or others in the business, do so..

Empathise with how they feel You don’t have to agree with everything they are saying and feeling but you do have to acknowledge it and empathise. Try not to trivialise their feelings. However much you may want to, avoid saying something like ‘I cant understand why you are all making such a big deal of this’. Instead say something like ‘I can see that you all feel quite strongly about this and you are more upset than I had realised’.

Don’t give false promises but do give some view of what happens next It wouldn’t be wise to give any assurances it is all going to be OK, unless you know for certain it is. Instead, tell them what you are going to do next, even if it’s no more than you’ll talk to them all again in 48 hours. It’s a commitment from you that’s important as well as an acknowledgement that there needs to be some follow up.

Don’t be time bound – let it run for as long as it needs to This is where you really do have to be prepared to wave goodbye to that superbly crafted agenda. It needs to take as long as it takes. If you cut this session short, you run the risk of fanning the flames of discontentment. The dance can’t be abandoned half way through; the music has to stop first and only then can you move on.

Having waltzed your elephant around the room (OK maybe not always as elegantly as you’d have liked but they are not easy to dance with), and out of the door as the music fades, your audience are much more likely to sit back and give you their full attention and their full participation for the rest of the day. You will now have their permission to retrieve what you can of your agenda and the pleasure of knowing you have a better understanding and empathy with the audience than when you started. A healthy respect is always the best way to dance with an elephant! 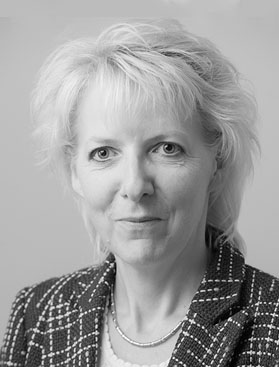