The Royal Television Society asked me to write an article for the March issue of their magazine. It’s reproduced here with their permission. You can download the complete March edition of ‘Television’ here.

Pitching, in person and in Russian, at the Kremlin for an interview with President Putin was not something I ever imagined myself doing, even in the weird and wonderful world of TV news.

I was working for NBC News at the time, leading their digital operation, and having studied Russian, I was asked to join the delegation to request a one-on-one interview between the President and our lead anchor.

I made all the arguments that we were the right platform with the right person to give Putin the right interview and that it was the right time. Press attaché Dmitri Peskov agreed with everything except my last point; because it was 2014, and the beginning of the last Russian incursion into Ukraine.

Today I consume the Ukraine coverage at a distance because I am no longer in journalism. I am now a consultant with a passion for storytelling in business.

It’s from this perspective I note some significant differences in the coverage of the Ukrainian war in 2022 compared with coverage of previous wars in my time.

Here are three ways it strikes me that this war is very different:

1. The volume of video

This war is taking place across high-speed broadband connections. While there are still functioning electricity, internet and mobile networks, every smartphone in Ukraine is a potential newsgathering device. This means there is a massive volume of video documenting nearly every minute of the invasion and its impact on the millions of people within Ukraine and outside, even in Russia.

Mobile phones have taken on a democratising force when it comes to crowd-sourced journalism.

CNN’s Dana Bash broadcasts to the US network from the Kiev metro with nothing more than an iPhone and AirPods. We’ve also seen, on Sky News for example, some incredible walkie-talkie interviews with Ukrainians in besieged cities showing us what they’re seeing and living day to day.

All this blows ‘TV news by Zoom’ out of the water, which was what we had become accustomed to during the Covid pandemic.

This is TikTok‘s first war. The platform barely existed a few years ago, but now it is being used extensively not only by eyewitnesses – mostly civilians at the heart of the story – but also by news organisations. There are also many examples of re-Tokkers – curators of video from other sources (anything from Telegram through WhatsApp & Facebook). This piles on the pressure for the major news organisations to ensure the veracity of the video they put on air. Worthy of mention are teams like the ones led by my former Sky News colleague Hazel Baker, now at Reuters, whose role is to verify what used to be called user-generated- content before putting it out to clients.

TikTok aside, the crafted on-the-ground, on-the-day VTs from experienced correspondents like Orla Guerrin, Alex Crawford and Jeremy Bowen still stand because they give us a considered narrative beyond the single-shot, social media post.

2. The breadth and depth of the propaganda war

Even as a newsroom output producer early in my career, my colleagues & I were always particularly mindful of the need to maintain balance and impartiality. Today that requirement to carefully contextualise and source new lines and video has never been more important. It is all too easy to inadvertently publish video from social media purporting to be contemporaneous when it could be from a previous military action in Ukraine in 2014 or a recent exercise across the border in Belarus. My 11-year-old son asked me whether the Ghost of Kyiv, a supposed Ukrainian Top Gun fighter pilot credited with shooting down at least six Russian planes in the early days of the conflict, was in fact real. The TikTok stream of clips about the Ghost of Kiev is a startling mixture of footage. Some obviously come from computer games. All these clips are just some of the particulates in the fog of war.

Even as someone who first started visiting Russia when it was still part of the Soviet Union, it is disturbing to see the Putin regime seeding the alternative truth. It makes the old Trump administration look like amateurs.

The laws recently introduced in Russia outlawing the terms ‘war’ and ‘invasion,’ and threatening any journalists attempting to tell a story other than the narrative emanating from the Kremlin, mean that Russians’ supply of independent information is heavily restricted. But journalists are finding ways to subvert the propaganda machine.

I have been following the Russian independent publication Novaya Gazeta, who point towards their Telegram account as well as Instagram as they continue to defy government orders.

BBC Ukrainian is still up and running outside Ukraine, and BBC Russian is still operational. In fact, the BBC Russian service has now put together a video showing viewers how to access the service via VPN or on dark web browsers like Tor. News outlets are also returning to short wave radio frequencies to broadcast the news; media channels both brand new and very old are taking adjacent places in the struggle to inform.

3. Its proximity to home

Not since the Balkans war of the 1990s have we seen conflict in Europe. Much has changed since then, not least the advances in digital media to make this war feel much closer to home than any other this millennium.

Until two weeks ago, Ukrainians were living lives very similar to ours. They bought furniture at IKEA, they went to cocktail bars. We even worked together – many UK businesses use developers in Ukraine.

It’s worth us all spending some time to reflect on why this war feels closer to home than others before it. Is it because Ukraine borders on the EU? Is it because we can so closely relate to the lives Ukrainians used to live? Is it because of the mass of social media video voiced and captioned in English emanating from the war zone? Or is it because they are a nation in the most part made up of white Caucasians?

What biases, subconsciously or otherwise, are at play in both our consumption and our production of the news? And why did the events of Grozny and Aleppo, not hit us with the same impact?

Are we all willing to pay the price for supporting the Ukrainians and upholding democracy and the sovereignty of independent states with a massive surge in energy bills and the cost of living, not to mention a potentially increased security threat?

These are some of the questions beyond the reportage which I look to my former profession to explore, in part along the three axes I have enumerated above. Television news and video storytelling has a particular gift for doing this, with its power to make emotional connections and help make us more compassionate people in the future.

As for that sit-down interview with Putin, that would be the scoop of the century. 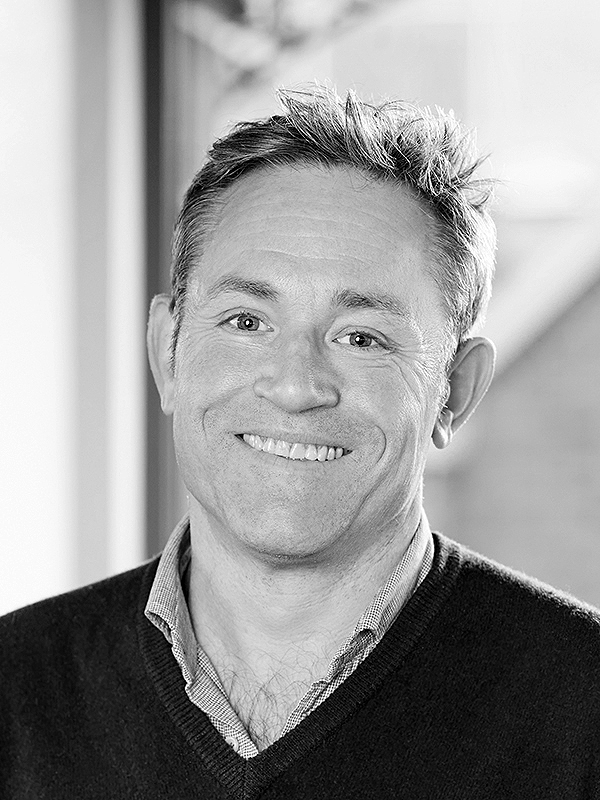