What Does Government Need from Industry to Drive The Recovery?

Do you know the answer to this simple question? Is it more of what you have been doing successfully as a supplier to Government for years or is it something significantly different? Where do you go to get the answer?

Many years ago a senior civil servant friend said to me “we do understand the need for industry to make a profit.” I pushed back and it was clear that he understood from an academic perspective but not from a commercial angle and why would he? He then challenged back “but do you really know what we need you guys to do for us and why?” A long discussion ensued, fortunately he was (and still is) a friend. As we head into what we all hope is the recovery these questions become front and centre for all of us in industry both for our commercial success and for the country more generally.

I suggest there are 3 elements to the answer to “what does Government need from industry?”

First and foremost it has never been more important that industry understands Government and what they are trying to achieve – no I mean REALLY understand Government. You will protest “of course we understand government.” Ok – let’s try a simple test as an example, you will know the expression follow the money, so with that in mind let me ask – do you understand how?

Government raises its money and how it spends it? Take a look at this chart (and with apologies that it is a few years out of date but the overall shape has not changed much). I wonder how many readers could have approximately produced the pie chart?

Keeping with the theme of understanding Government, readers will quickly agree that Government is not a single entity. At one simple level it is the politicians and the civil/public servants who strive to deliver what those elected politicians have deemed we all want or need. These are two very different constituencies. For all their honourable desires to do the best for the country – any politician I have ever met has had a very big desire to succeed personally and from party perspective – and that means getting re-elected! The civil/public servants however are there to develop, enact and deliver the policy outcomes that have been handed down to them. Crucially though, they must operate within the very many ‘rules’ that govern how they do this delivering. Additionally, they must achieve demonstrable progress quickly, without which there will be no success for their political bosses. So even more so than usually, at this time, Government needs you to understand what the individual elements of Government are trying to achieve – not just deliver what the spec/ITT requires; that is just the starting point. So the first element is make sure you really understand what Government is trying to achieve.

Secondly, Government does and will want industry to adapt to their pressures! Some areas I suggest are already sure-fire bets for where Government will be focussing. Think infrastructure; telecommunications; health and care sectors, all of these (and others) will get focus. But the single biggest defining aspect of the situation our Government faces is uncertainty. Of course the world has always been an uncertain place and at times events have caused fundamental changes that, at the time, we struggled to understand how this would play out. Think the fall of the Berlin Wall or the changes of Perestroika and Glasnost introduced by President Gorbachov or even the 2008/9 Financial Crisis. Events like these make life for our Governments immeasurably more challenging. Oh, and lest we forget, it’s not just uncertainty relating to Covid 19 and recovery but continued uncertainty around what form will a Brexit agreement (or not) take and how will this influence where Government spending is directed? With enough experience and skill you can spot some potential winners but generally there are no playbooks to pull out and follow – it’s almost make it up as you go along. If you want just one example look at the recent reversal on policies re border checks for goods entering the UK. So what does that mean for industry? In a word – flexibility. “Work with us, adapt with us as the future unfolds”. That doesn’t mean the Government can write you a contract that says be our flexible friend but, behave like a partner and they will treat you like a partner. Being a good partner is the subject of a subsequent paper but be assured it does not mean foregoing a reasonable profit!

Thirdly, under promise and over deliver. How many big (or small) projects can you name where the Government has been able to trumpet they have delivered early or under budget? I know (and I have indeed ‘been there’) it is not easy – especially when you have to win the business in a very competitive market in the first place. However, whilst it is the Government that is so often accused of optimism bias, have you taken a look at your own programme delivery plans? How often have those plans and the planners agreed to a target date or budget under pressure from the boss, the CFO, the customer or even all three but knowing full well its fiction. What then happens when the dates and £’s are missed? Well the blame throwing starts and that partnership I talked about above gets eroded very, very, quickly. Oh, and more often than not that blame sticks on industry not the government. I recall a strategic national programme that I was involved in and at a key milestone we had to forecast a revised completion date. In spite of enormous pressure from within the organisation (and from the customer), myself and colleagues refused to commit to unrealistic dates as we knew it would ultimately destroy the trust we had worked so hard to build that far.

So as we start down this uncertain journey confidence is going to be a much sought after commodity and it will only be cultivated, especially amongst us the electorate, if we see Government delivering and doing so quickly. We in industry must help them do that and that means act with real control and discipline in both what you promise and then what you deliver. I hear voices saying – well that just BAU – arguably yes but so, so important right now.

So, what Government needs from industry (and what we all need to fuel our businesses) are partners.

If you have or can create those attributes in your business then you are well on the way to delivering what Government wants – and delivering what your shareholders need!

Good luck and watch out for more on ‘How To’. 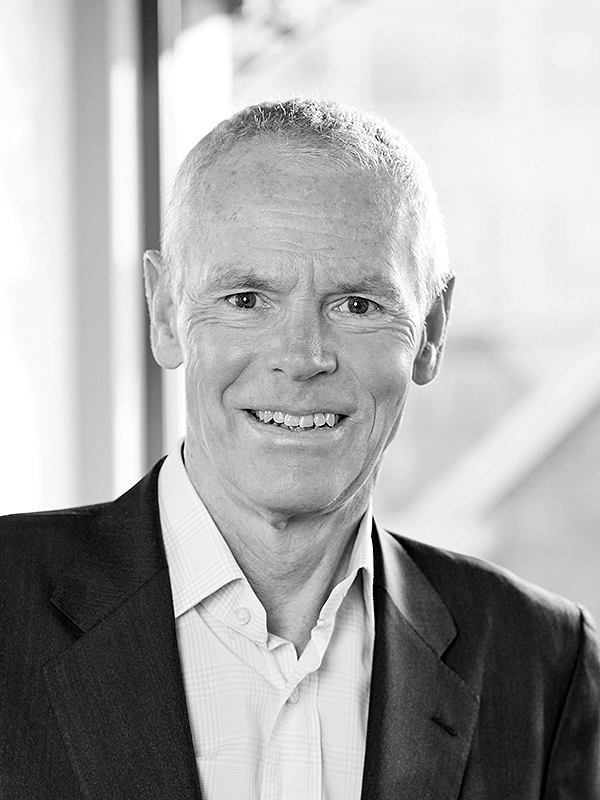